I hope you are doing well!

So as promised, this post is a sequel to my previous Guide to Istanbul, do check it out if you haven’t read it already ^_^.

As mentioned in my previous post, our itinerary included three cities: Istanbul, Bolu and Cappadocia. I’ll be featuring Bolu and Cappadocia in the future for Travelogue Thursday in’sha’Allah as well as Dubai! Lot’s of exciting things coming up for all of you! ^_^

The first guide was more about historical places and cultural landmarks. This post for the most part however, is a guide to immerse in the city life. Come see a different side of this gorgeous city, through my eyes and discover why the world travels to Istanbul!

If you want to experience the modern side of Istanbul, Taksim Square is the place to be. The word Taksim means ‘division’ or ‘distribution,’. Previously Taksim was the point where the water lines from the north of Istanbul were collected to be distributed to the rest of the city. Today, it is known as the heart of modern Istanbul.

Taksim Square is famous for being a leisure and tourist district, which is well renowned for shopping and dining. Taksim Square is the essence of Istanbul; vintage trams going back and forth taking passengers to their destinations along Istanbul’s main pedestrian boulevard, Istaklal Caddesi . The main subway station and bus terminal for the public transport is also a highlight of Taksim Square, where you will truly experience the modern side of Istanbul.

This world famous street in Istanbul stretches from Taksim Square almost all the way to the iconic Galata Tower. Can you guess the number of people that visit this world famous street on average on any given weekend? Fifty thousand? One million? Two? Nope. Three million people! 😲 The street is famous for  a wide array of shops, art galleries, restaurants, cafés and cinemas. I got a few gifts to bring back home from here. 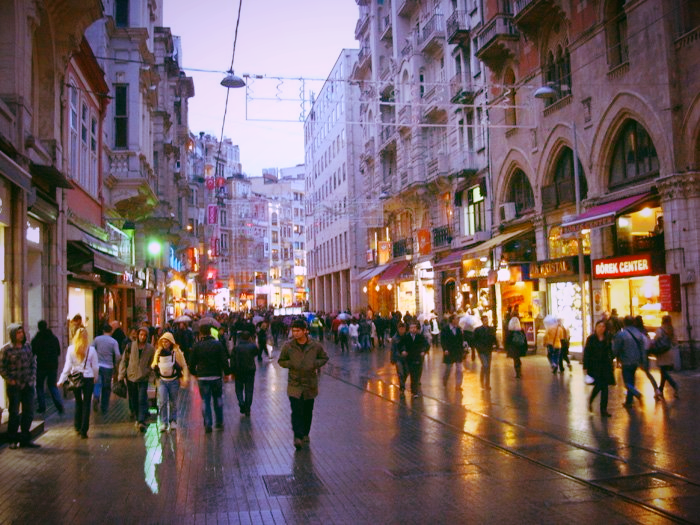 The tallest building of its time; Galata tower was built in 1348 in Constantinople as part of an expansion of the Genoese colony. Although, the tower served as an observatory and prison during the Byzantine and Ottoman empires, today it is one of the most popular tourist attractions. The upper floors consist of restaurants that showcase gorgeous panoramic views of the city.  There are lifts that take visitors from the ground floor to the 7th floor of the tower, after which the remaining two floors are accessible by stairs.

In my honest opinion, Galata Tower is a must visit tourist attraction and absolutely worth the ticket. The views from the top of the tower are absolutely stunning and you can literally take in the sights and sounds of Istanbul and the Bosphorus and almost feel at one with it. It’s so picturesque, you’d want to capture all of it so if you decide to visit then do keep your camera ready and don’t forget to take a panoramic shot.

Grand bazaar is grand for a reason. Not only is it the largest covered markets but also the oldest, often referred to as the first shopping mall of the world! It consists of 61 covered streets and more than 4,000 shops. According to statistics, between 250,000 to 400,000 people visit it every single day! 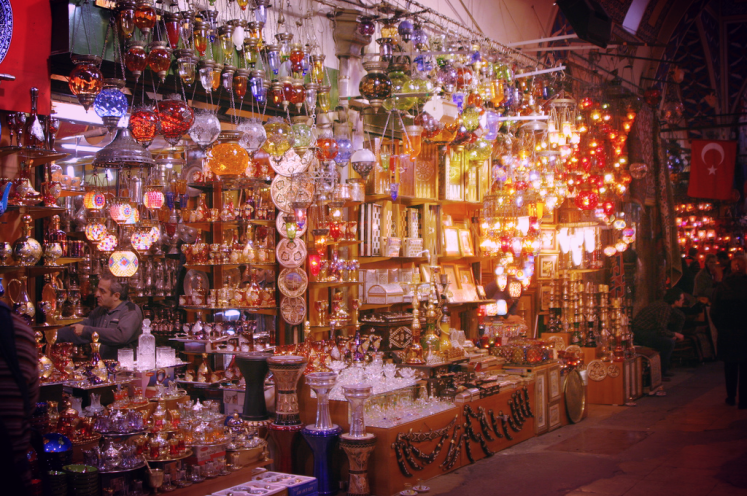 Housing a wide variety of products such as traditional Turkish handicrafts including rugs, teacup sets, lanterns, jewelry, pottery, dresses, scarves, you name it and you’ll find all of it under one roof. It’s the perfect place to find souvenirs and gifts for loved ones. I hope you’re a pro at bargaining though because you’ll need that skill at Grand Bazaar!

After Grand Bazaar, Spice Bazaar is the largest and the most famous bazaar in Istanbul. Famous for selling spices as the name suggests, it’s also famous for shops selling other bounties of nature, such as dates, honey,  dried fruits and nuts as well as other things like souvenirs, jewelry and of course Turkish Delights!

So that’s all for part II of Istanbul Guide, do pin this for later! There’s still a lot more to come for Turkey! I’ll be posting about Bolu and Cappadocia plus a post on Turkish cuisine! Please do follow me for future updates! Have you seen any of these places or wish to visit someday? Do let me know in the comments below, I’d love to hear from you! Happy Travels! ^_^

19 thoughts on “A Guide to Istanbul Part II”